Nambour Christian College is located in the township of Woombye which is a small hinterland town not far from the larger precincts of Nambour and Maroochydore on the Sunshine Coast, Queensland. By road, the College is 1.5 hours to Brisbane.

The Sunshine Coast is a decentralised region made up of numerous urban and rural areas famous for its beautiful white sandy beaches, pretty hinterland townships and tourist hot spots like Noosa, Mooloolaba and Caloundra. It is considered a beautiful place to live and a very sought after location for families and retirees. 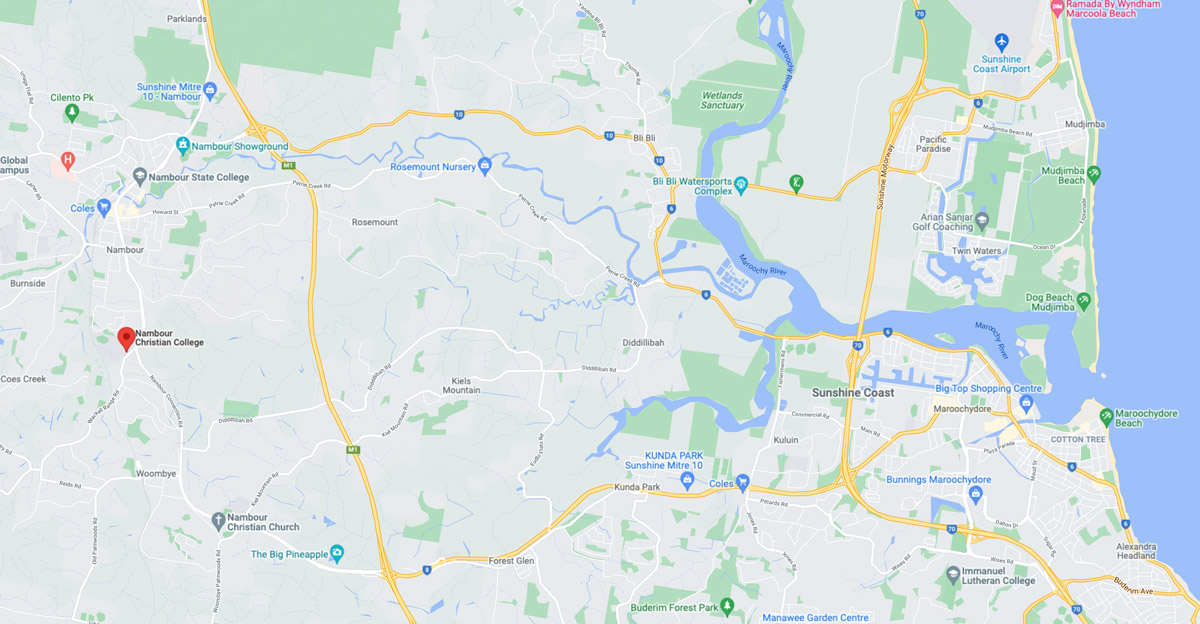 Nambour Christian College provides its own bus service across the Sunshine Coast for students to travel to and from the College each day. More information on the service can be found here.

The College is located a short drive along the Nambour Connection Road to the M1 (Bruce Highway) which runs centrally through the Sunshine Coast region. Major roads all connect to the M1.

The school is near to the Woombye and Nambour Railway Stations which is on the Brisbane to Gympie line.

The Sunshine Coast airport is approximately 25 minutes by car from the College. Brisbane’s domestic and international airports are 1 hour 10 minutes by car.

There are numerous services accessible to families wishing to reside near Nambour Christian College including: